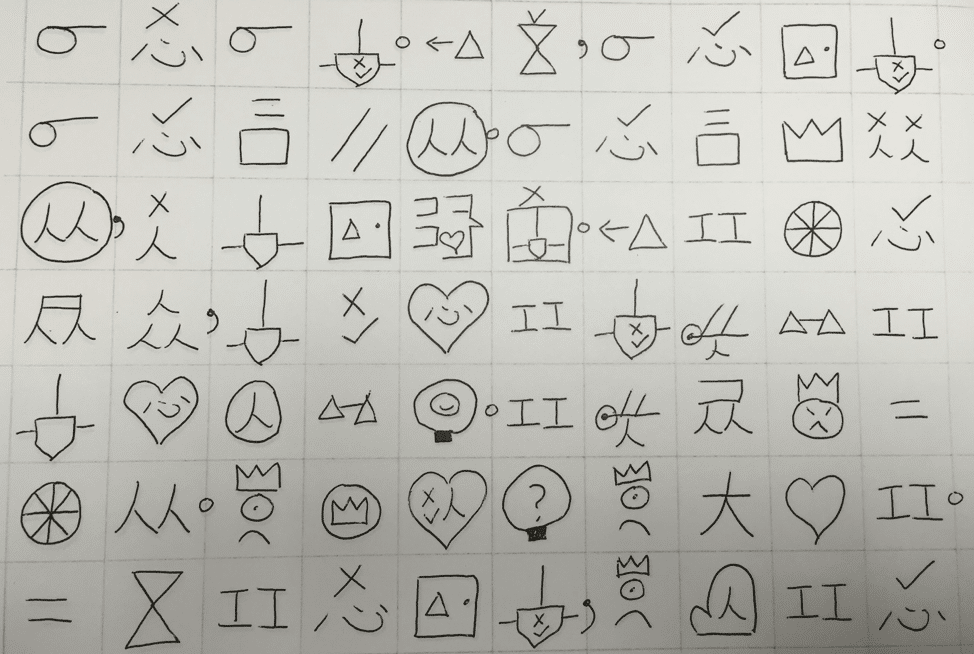 Wycliffe Associates will hold a dedication service for its newly published Symbolic Universal Notation (SUN) New Testament on February 20, 2020, at its worldwide headquarters in Orlando, Florida.

SUN is a written, concept-based language created by Wycliffe Associates that the Deaf, regardless of where they live in the world, can begin learning in less than a week.

Of the estimated 70 million people in the world who are born deaf, an estimated 80 percent cannot communicate in their local sign language. This means SUN has the potential to reach about 56 million Deaf people with the gospel.

“SUN was created by Wycliffe Associates after Emily Wang, then a volunteer with the Wycliffe Associates Print On Demand program, began researching how to print Braille Bibles. Wang learned that an estimated 600,000 people in the world are both deaf and blind.

“The question became, ‘These 600,000, do they need to have a Bible of their own, and is there a way we can do that for them?’” says Lori Jenkins, SUN Program Director for Wycliffe Associates. “That became her new challenge: How do we provide a Bible for not only those who are deaf and blind, but for those who do not know the national sign language?”

Wang began thinking about how she could take Scripture verses and create something visual for the Deaf, as well as something that could be understood through touch, by those who are both deaf and blind.

Then Wang and a team of 400 online volunteers across the United States took a passage from the Bible and began creating symbols to represent the precepts found in Scripture.

The result was the SUN New Testament, which took about one-and-a-half years to complete.

Its source text was the open-licensed Unlocked Literal Bible. Translation consultant Dr. John Luton, who reviewed the SUN text in the Gospel of Luke for accuracy, commented, “This is one of the best translations I have ever worked on.”

Users of the SUN New Testament must first learn 100 core symbols. Then they begin learning how the symbols are combined to convey additional meaning.

“When you think about the Deaf and Blind, they’re very limited in the ways they communicate,” says Jenkins. “So, for them, this actually opens up a whole new world of being able to communicate with their family and with other people around them. It’s quickly becoming the preferred language of many of the Deaf and Blind people that we work with.”

Like all languages, Jenkins says, SUN has a grammatical structure. It’s also constantly growing and changing. Wycliffe Associates is adding new symbols to represent additional details found in Scripture while the translation of the Old Testament is underway.

SUN is also a literacy program and differs from Braille because it is symbology, not a code.

“A simple way to think about this is, ‘What does it take to access Scripture?’” says Dan Kramer, Wycliffe Associates’ Executive Director of Strategic Programs. “In Braille it is learning a letter system, a sentence system, and literacy comprehension to a corresponding language. This takes years.”

Currently, Wycliffe Associates’ SUN New Testament is the only known attempt to make Scripture accessible to the deaf who don’t know sign language or to those who are both deaf and blind.

“SUN is a miracle of God. It has more possibilities and more ways it can impact the world than we can imagine,” says Jenkins. “We have no idea where it’s going to lead. It’s opening doors and changing lives.”

Wycliffe Associates is seeking volunteers with biblical knowledge, especially pastors and Bible scholars, to participate in translation of the SUN Old Testament. For more information about volunteering, please contact Jennifer Cunneen toll-free at Wycliffe Associates at 1-800-THE WORD (800-843-9673).