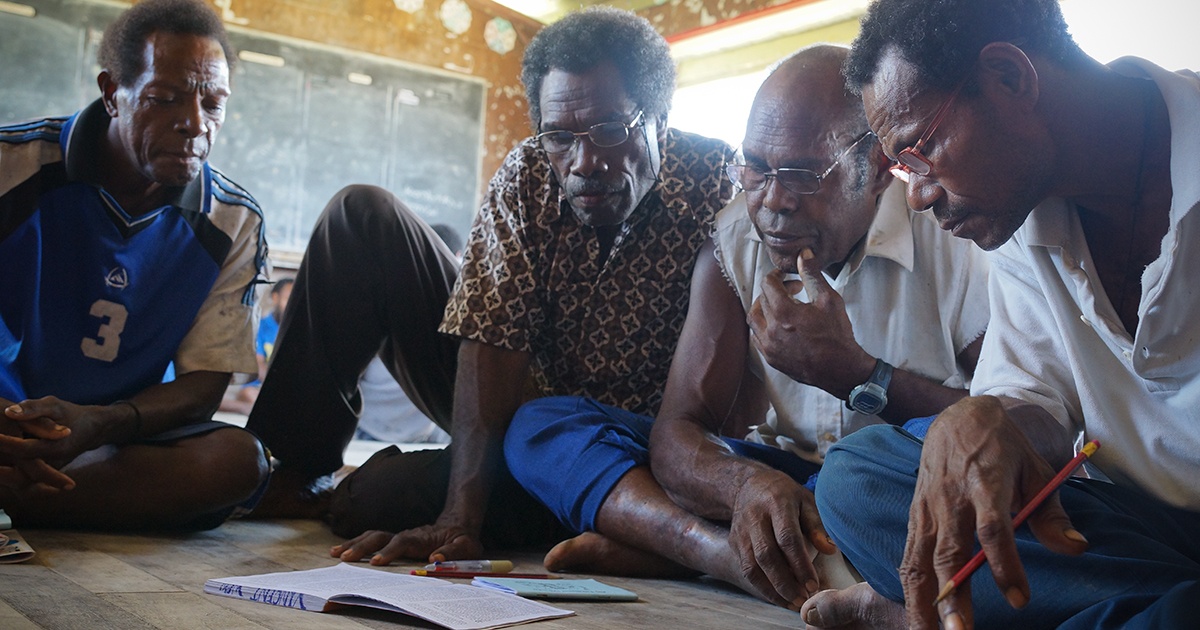 Nestled amid the hilly rainforest of Papua New Guinea, the small village church was a sight to behold. With every seat taken, it was bursting at the seams. Villagers spilled out of the doorways, surrounding the church. Many craned their necks to get a glimpse through a window, straining so they could hear every word. The reason for the enthusiastic gathering?

Four of their own had just returned from the Alotau Training Center (that you helped build), where they helped translate and learned to tell six Bible stories in their language. And these storytellers were about to share what they had learned.

Storytelling is a big deal for the Pouye people.

Many in the area cannot read, which makes oral communication a cultural must. The villagers waited expectantly as the first storyteller began. With dramatic gestures and facial expressions, he drew the crowd into his story as he shared truths drawn straight out of the Scriptures. When he finished, there was a deafening silence. Then, “Namii naratwarku! Namii naratwarku! [Tell us the story again! Tell us the story again!]”

Instead of moving on to the next presenter, the same storyteller told his story again. After he finished the second time, the crowd again chimed in with “Namii naratwarku!”

Three times the villagers heard the same story, and their excited response came like a flood.

One of the elderly “big men” who did not regularly attend church was so enthusiastic that he said, “If church was like this every Sunday, I would be here every Sunday morning and evening!”

In the days that followed, the four storytellers hiked to surrounding villages to tell their stories for others to hear. Your support is reaching across oceans to impact hearts in some of the most remote parts of the world. That’s another story worth sharing!